(CNN)An African-American man was acquitted Friday on charges he assaulted a white protester last August at the Unite the Right rally in Charlottesville, Virginia, authorities said.

A judge acquitted DeAndre Harris on the misdemeanor assault charge during a hearing Friday, according to Charlottesville General District Court records. 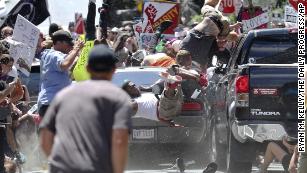 Video shows what happened in Charlottesville 02:59
Harris was accused of hitting a man in the head with a flashlight moments before white protesters attacked him in a parking garage, CNN affiliate WVIR reported. A videotape of Harris being attacked was shared widely online.
Harold Ray Crews took out the warrant against Harris. Crews is a member of the North Carolina League of the South, a neo-Confederate organization that has been classified as a hate group by the Southern Poverty Law Center.
Charlottesville police said Crews went to the local magistrate's office after the incident and asked for the warrant. A detective verified the facts and issued one, police said.
A large crowd of supporters gathered outside the courthouse during the court hearing and broke into cheers when the acquittal was announced, WVIR reported.
"The videotape was important," Harris's lawyer, Rhonda Quagliana said after the hearing, according to WVIR. "DeAndre's honest testimony was very important. ... He was a very credible witness." 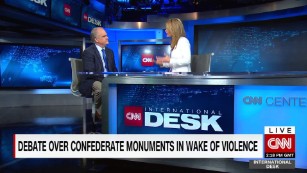 "The verdict shows that the white supremacist tactic of marching into a community, inciting violence, and later pressing charges against those who defend themselves will not work here," Lisa Woolfork, an organizer with Black Lives Matter-Charlottesville, said in a statement. "It should not work anywhere. The partnership that these white supremacists believed they had with the judicial system has been dissolved."
The August rally was held to protest the planned removal of a statue of Confederate Gen. Robert E. Lee. Scores of people were injured amid fistfights and screaming matches between white supremacist groups and counterprotesters.
One man drove his car into a crowd of counterprotesters, killing 32-year-old Heather Heyer and leaving 19 others injured.
Several men have been charged with attacking Harris.