Support H.R. 204 to Get US Out! of the UN Global Compact on Migration

Sign this here with a simple yes, or sign this at this site:https://www.jbs.org/federal-legislative-action-alerts?vvsrc=%2fcamp... -  On January 4, 2019, Representative Mike Rogers (R-Ala.) reintroduced his bill H.R. 204, the American Sovereignty Restoration Act of 2019. This bill would formally terminate U.S. membership and involvement in the United Nations.

Upon reintroducing the bill, Rep. Rogers stated in a press release:

One of my first priorities in this new Congress was to make sure this bill was reintroduced. The United Nations is a disaster and our country bankrolls over 20 percent of its annual budget. The UN continues to attack our greatest ally Israel, and they continue to attack American ideals like the Second Amendment. President Trump has done his part to reign in the UN's continual attacks on American sovereignty, but it's time we did more. 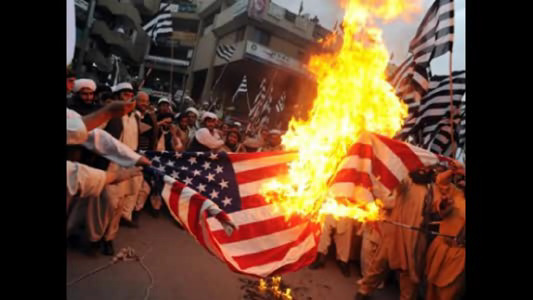 As Congressman Rogers correctly explained, the United Nations is no friend of the United States, our allies, or our values of liberty and limited government under the Constitution, and furthermore is utterly incompatible with American sovereignty. The only effective way to safeguard our American sovereignty and protect our God-given rights from the perils of participation in this anti-American and pro-one world government confab of socialist and Islamist states is through our formal #Amexit (American exit) from the UN.

Rep. Roger's bill H.R. 204 continues the tradition by previous constitutional crusaders, Representatives Ron Paul (R-Texas) and Larry McDonald (D-Ga.) - the latter of whom was formerly the chairman of The John Birch Society, prior to being shot down by the Soviet Union, while being a passenger aboard Korean Airlines Flight 007 in 1983 - to safeguard American sovereignty and independence from the UN and all of its various organs.

Already President Trump has withdrawn the U.S. from the United Nations Human Rights Council (which is comprised of some of the worst violators of human rights, such as the despotic regimes of Communist China, Cuba, South Africa, and Saudi Arabia), the United Nations Educational, Scientific and Cultural Organization (UNESCO), the UN Global Compact on Migration, has cut U.S. taxpayer funding to the UN, and has announced his intention to withdraw the U.S. from the UN Paris Climate Agreement in 2020.

In his second speech before the UN General Assembly, on September 26, 2018, President Trump declared, "We Reject the Ideology of Globalism." Thank you Mr. President! We congratulate the president's efforts in this regard, and would further encourage him to continue on his pledge of rejecting globalism in favor of Americanism, by supporting H.R. 204 in order to once and for all terminate our participation and membership in the globalist organization.

Contact our representatives and senators and strongly urge that they cosponsor and pass H.R. 204 to Get US Out! of the United Nations in the House, and introduce and pass a companion bill in the Senate.

Please phone your representative at 202-225-3121 and your senators at 202-224-3121 in support of cosponsoring and passing H.R. 204 to Get US Out! of the UN in the House and introducing, cosponsoring, and passing a companion bill in the Senate. Let them know that you too reject the ideology of globalism and want Congress to likewise do the same by voting in favor of terminating U.S. membership in the United Nations.

Congressman Mike Rogers Reintroducing Bill to Get the U.S. Out of the United Nations- YouTube

Before you say no, please review the link below the whole page,

Support H.R. 204 to Get US Out! of the UN Global Compact on Migration: