A disturbing article on ConsortiumNews.com, “The 9/11 Truth Parlor Game” (15 January, updated 16 January 2011), by Robert Parry, advances the indefensible theory that the shooting of Representative Gabrielle Giffords (D-AZ) was affected by the shooters interest in 9/11 truth.  While there are good reasons to suspect that the political climate nurtured by the right wing may have influenced him (by targeting a series of representatives using the cross-hairs of a telescopic site, for example), there is no reason to believe than anyone associated with the 9/11 truth movement has targeted any members of Congress—other than attempting to expose them to the evidence that research has unearthed, which has shown that virtually every claim the government has made about 9/11 is provably false.

As the founder of Scholars for 9/11 Truth, a society of experts and scholars from many different disciplines, including pilots, physicists, structural, mechanical and aeronautical engineers, we have established more than twenty refutations of the government’s official account, including what NIST has had to say about these events, which does not satisfy even minimal standards of scientific acceptability. In this article, for example, Parry maintains that the collapse of the Twin Towers was assured “effect once the beams were weakened by the impact of the planes and the heat from the fires.”  But NIST studied 236 samples of steel it selected from the debris and discovered that 233 had not been exposed to temperatures above 500*F and the other three not above 1,200*F, temperatures far below what would have been required for the steel to weaken, much less melt. 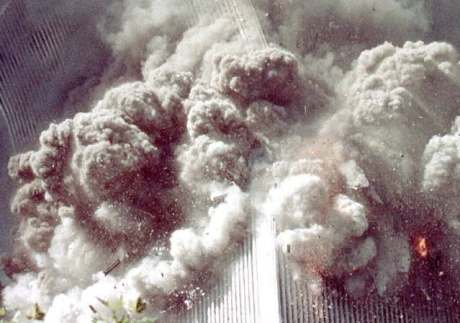 One of the most remarkable features of the destruction of the Twin Towers is that the top 30 floors of the South Tower began to pivot before the building was blown to pieces, floor by floor.  This refutes the claim that they were “collapsing”, insofar as those top 30 floors were not in the position to exert any downward force that might have brought about a collapse.  The South Tower was hit second but was the first to be demolished after only an hour of exposure to fires at 500*F, which is the temperature of ordinary office fires..  If that were enough to cause steel and concrete buildings to “collapse”, there would be no need for resorting to controlled demolitions.  In fact, no steel structure high-rise ever collapsed due to fire before 9/11 or after 9/11.  And if our research is well-founded, that did not happen on 9/11 either.  It is part of the mythology of 9/11 brought to us by Philip Zelikow, whose area of academic specialization is the creation and maintenance of public myths.

Since Underwriters Laboratory had certified the steel used in the buildings to 2,000*F for three or four hours without incurring any adverse effects by either weakening or melting, the fires could have burned forever and not have caused the towers to collapse.  Jet fuel is made of kerosene, which burns at a lower temperature than propane; yet, as Jesse Ventura has observed, his camping stove, which burns propane, does not melt when he uses it.  Since the fires were asymmetrically distributed, moreover, if they had burned hot enough or long enough to have caused the steel to weaken, the result would have been some asymmetrical sagging and tilting, not the complete, abrupt and total demolition that occurred.  Which means that Parry is trading in 9/11 fiction, not 9/11 fact. He even denies that WTC-7, a 47-story skyscraper that came down at 5:20 PM, seven hours after the Twin Towers were destroyed, was a controlled demolition.  It fell in approximately 6.5 seconds, which is about the speed of free fall, a classic indication of a collapse that was brought about by a controlled demolition.  Many experts have found the pattern of collapse supports that conclusion.  A very nice video that demonstrates this to be the case, “This is an Orange”, refutes his allegation that it was because the building had a large atrium that it collapsed as fast as free fall.  That ignores the fact that the entire building was extremely robust in construction, having been erected over two massive electrical generators providing back-up electricity for lower Manhattan.  This building obviously came down as the result of a controlled demolition, which is why so many in the 9/11 truth community emphasize WTC-7.

He also talks about a vast number of witnesses seeing a Boeing 757 hit the Pentagon and talks about phone calls that were made from the planes.  David Ray Griffin, however, has discovered that all of the alleged phone calls from all four of the planes were faked. None of them were real.  And Pilots for 9/11 Truth had studied the black box data provided to them by the NTSB and discovered that a plane corresponding to the data would have approached on an easterly trajectory, been 300 feet in the air approaching the building (too high to have taken out any lampposts) and was still 100 feet higher than the Pentagon at one second from impact, which suggests that it flew over the building and did not hit it.  Indeed, the absence of massive debris from the plane, including the absence of the wings, the tail, bodies, seats and luggage—not to mention that the massive engines, which are virtually indestructible, were never recovered—indicates that, once again, it is Parry who is propagating myths about 9/11, not 9/11 experts.

While the thrust of Parry’s piece is clearly intended to discredit 9/11 research, he makes at least one important point, which is that we have not yet succeeded in sorting out exactly how all of this was done.  The Twin Towers appear to have been taken out by some novel form of demolition from the top down, where, in contrast to WTC-7, each floor remained stationary waiting its turn to be blown to Kingdom come.  They, too, came down at approximately free fall speed, which is simply astounding since, in the case of the South Tower, everything below the 80th floor was stone cold steel, as was the case for the North below the 94th floor.  There was no reason for them to collapse at all, where their destruction involved the astounding conversion of two massive, 500,000 ton buildings into millions of cubic yards of very fine dust. While the use of thermite has been advanced to explain it, Parry appears to be correct that thermite does not have the explosive properties that would be required to effect this dramatic physical tranformation. 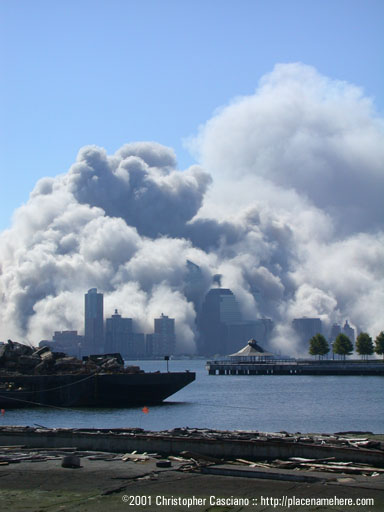 Persons like Parry and others, such as Michael Shermer, would have the public believe that conspiracy theories are almost always false, as though the United States were an exception to the experience of other nations.  What would William Shakespeare have had to write about were it not for plots against the kings and queens of England?  What 9/11 apologists like Shermer and Parry do not point out is that conspiracies only require two or more persons acting together to bring about an illegal end.  If the official account of 19 Islamic fundamentalists seizing control of these four aircraft, outfoxing the most sophisticated air defense system in the world, and perpetrating these atrocities under the control of a guy in a cave in Afghanistan were true, it would be a conspiracy theory, too.  Indeed, it appears to be the one that is the most easily falsified of them all.  So if we are going to discuss “the pivotal event” of the 21st Century, we are going to have to study conspiracy theories to determine which of them is true and which are false.

Parry claims that the Tucson gunman was affected by 9/11 truth and became enraged at images of Bush and Cheney, who, as we all know, lied to us about the reasons for attacking Iraq and later Afghanistan.  There were no weapons of mass destruction; Saddam was not seeking yellowcake from Niger; and Iraq was not in cahoots with al Qaeda.  Indeed, Bush himself would eventually admit that Saddam had nothing to do with 9/11, just as our own FBI had acknowledged that it has “no hard evidence” connecting Osama to the 9/11 attacks.  For those who want to learn more about the truth of 9/11, I arranged for a symposium in London this past summer, which was held at Friends House on 14 July 2010.  You can view our presentations, including “Are Wars in Iraq and Afghanistan justified by 9/11?”, here.  Everyone who knows the truth should be angry with the Bush and Cheney administration, which has lied to us about it. But there is no reason to think that any of this had had anything to do with the Tucson event, where the difference between someone's interest in 9/11 and their reasons for acting as they do requires more careful discrimination.

Jim Fetzer, a former Marine Corps officer who earned his Ph.D. in the history and the philosophy of science, is McKnight Professor Emeritus on the Duluth campus of the University of Minnesota. He co-edits assassinationresearch.com with John P. Costella and is, most recently, the editor of The Place of Probability in Scienceˆ, his 29th book.

"Indeed, if you were to teach a course on sophistry, you might wish to make a case study of the “truther” movement, which has deployed nearly every imaginable example of false logic,"

I now read Parry's piece and he makes that preposterous statement above.  In fact, his entire piece ironically is the one using the false logic.  These guys like Shermer, et al, use all the usual logical fallacies in the book plus my below comment, they have no understanding of.  They are so boringly predictable and so wrong.  I wonder if they really know what they are talking about and just outright being deceptive?  They can't possibly be as dumb as they appear, or can they?

"While the thrust of Parry’s piece is clearly intended to discredit 9/11 research, he makes at least one important point, which is that we have not yet succeeded in sorting out exactly how all of this was done"

I remember before I studied scientific method hearing red herrings like this particular in the case of JFK: people would demand of critics things that were unreasonable to expect them to know and couple it with straw men:  for example, Johnny Carson demanded of Garrison exactly who was involved in the conspiracy and then set up his own straw men  (ironically, most of those straw men seemed preposterous at the time but were in fact involved, incredible as it may seem).

Now I understand what is wrong with this:  In science, we evaluate the hypotheses against the evidence.  One thing all "truthers" can do is rule out the obvious hypotheses that have 0 chance of explaining the evidence:  the "lone nut" explaining the blow out to the back of JFK's head, the "19 hijackers hitting the twin towers" explaining the collapse of the towers etc.  The fact that all the official govt. hypotheses have been ruled out is much more important, probably, than that we now know exactly which hypotheses DO explain the evidence, and that is still a work in progress.


The Left might stop tolerating evidence-deficient conspiracy theories like the 9/11 “truth” claims, which appear to have been a factor in whatever thinking was going on inside Loughner’s brain. He’s reported to have been a fan of “Loose Change” and “Zeitgeist,” two “documentaries” that push the “inside-job” theories about the attacks on the Twin Towers and the Pentagon.

The fact that there is no evidence to support this 9/11 conspiracy theory – not a single witness to the supposed “inside job,” nor a single document, has emerged in nearly a decade – has not stopped the “truthers” from pushing their allegations, nor some on the Left from giving the “truthers” a pass because they target George W. Bush, who after all lied to the public regarding the Iraq War."

Mr. Parry could use a schooling in elementary physics and critical thinking. He obviously hasn't a clue.