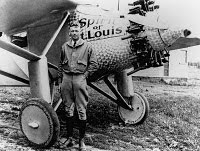 
Everyone is interested in hearing about world records, but we all know that most world records will someday be excelled. Someone will run faster or jump higher than the previous record holder.

September 11, 2001, is a treasure trove of firsts. Given the immortality of “firsts,” it puzzles me that the Guinness Book of World Records has ignored all but a few of them. Please allow me to supply the deficit.

Hani Hanjour was the first uncertified pilot in history to teach himself how to fly a large commercial passenger jet. Theretofore, it was believed that only a skilled pilot could be trained on a flight simulator, and then only under skilled supervision. Hanjour and the other three 9/11 hijackers were the only rank amateurs in aviation history to accomplish this feat with or without assistance. 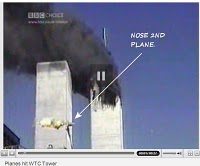 World Trade Center Building No. 7 was the first skyscraper in history to collapse for no apparent reason. Officially, it collapsed straight down because some concrete and glass had fallen on it seven hours earlier. Still unexplained is how a building with 40 tons of steel reinforcement wasn’t strong enough to withstand a few tons of pulverized concrete and glass. 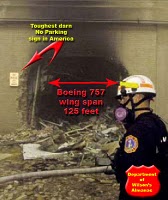 Hani Hanjour was the only pilot in the history of aviation to fly a broad-winged aircraft at near ground level (no more than 20 feet above the ground) for more than a mile at more than 500 miles per hour. Every other airplane in history flying at that speed and altitude has lost stability, rolled, and crashed after only a few hundred yards.

September 11, 2001, was the first time in commercial aviation history that as many as nineteen hijackers boarded a commercial airliner without any of their names being recorded on flight manifests. We are told that the reason for the absence of Arabic names on all four flight manifests was due to the hijackers using fake ID’s with European-sounding names.

Especially puzzling is that, at all three airports from which the four flights originated, security was in the hands of Israeli-owned security companies. The Israelis are said to be the world’s most experienced anti-terrorists. So why weren’t their trained personnel suspicious of nineteen Arabs who claimed to be white? That’s probably another world record that Guinness failed to mention.

Three of the four airliners that were hijacked that day were the only commercial airliners in history to crash without leaving significant debris. CNN reporter Jaime Mcintyre said on camera that it didn’t look as though a plane had crashed “anywhere near” the Pentagon. (Click here.) 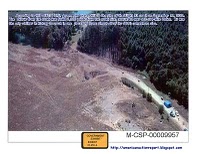 A Fox news reporter said that he’d seen no indication that a plane had crashed at the Shanksville, Pennsylvania, crash site. There’s a simple explanation for that one: United Airlines Flight 93 was the only airplane in history to crash at one site and leave its debris somewhere else. The debris from Flight 93 was scattered all over a four-mile radius in the woods several hundred yards beyond the crash site. (Click here.)

The three planes (other than Flight 93) in question were the only commercial airliners in history to almost completely vaporize as a result of the combustion of fuel (kerosene) in their tanks.

The nearly complete vaporization of the plane that hit the North Tower is another puzzle. Anyone who has seen the videos of the crash saw the plane crash into the building and come out the other side. Officially, the building collapsed because of the burning kerosene that the plane had left in the building. If that’s true, then the plane was the first and only commercial airliner to vaporize for no apparent reason. (Click here.)

A few bits and pieces were recovered from the crash sites—all of them small enough for one person to carry in his hand. For over a half century, every time a plane crashed in America, the pieces were collected so that aviation officials could learn what they could from it, even if they already thought they knew what had caused the crash. In the entire history of this policy, all four hijacked planes were the only exceptions to this longstanding requirement. 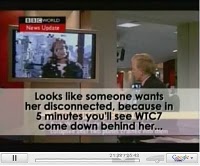 World Trade Center Building No. 7 was the only case in history in which the accidental collapse of a skyscraper was announced on live television even before it had collapsed. More than twenty minutes before WTC7 collapsed, a BBC reporter announced that it had collapsed. The entire time that she spoke, viewers could clearly see WTC7 still standing behind her. Five minutes before WTC7 collapsed, BBC conveniently lost live-feed transmission. (Click here.)

Gene Corley and Mark Loizeaux deserve special mention in this article. Corley was the FEMA investigator in both the Alfred P. Murrah Building (in Oklahoma City, 1995) and the WTC cases. In 1995, he became the only investigator in the history of forensic crime investigation to allow the scene of a major homicide to be destroyed before forensic evidence could be gathered. In 2001, he did it again with the ruins of the World Trade Center. Loizeaux was responsible for “recycling materials” (a.k.a. “destroying evidence”) from both crime scenes. (Click here.)

Thus, the crime scenes of the largest and second largest mass murders in the history of the United States were not investigated.

There are probably many more world records related to 9/11, but I’ll mention one more: the 9/11 Commission investigation. The amount of money allotted for the investigation of 9/11 was the smallest amount spent on a major congressional investigation since the period before the Pearl Harbor inquiry.

A single comparison is particularly telling. Congress spent $100 million investigating the Monica Lewinski scandal in 1998. The 9/11 Commission was allotted $14 million. The original amount had been $4 million, but it was increased due to public outcry. Before that, the Bush Administration had spent more than a year resisting any investigation at all. Then Vice President Dick Cheney said that and investigation of 9/11 would undermine the administration’s efforts to prevent another 9/11.

Public outcry was the only reason that Washington made even the pretense of investigating 9/11. What could the public accomplish if we really got serious about the mess in New York, Tel Aviv, and Washington?

Posted by American Action Report at 2:42 AM


The article is reproduced in accordance with Section 107 of title 17 of the Copyright Law of the United States relating to fair-use and is for the purposes of criticism, comment, news reporting, teaching, scholarship, and research.

"For over a half century, every time a plane crashed in America, the pieces were collected so that aviation officials could learn what they could from it, even if they already thought they knew what had caused the crash. In the entire history of this policy, all four hijacked planes were the only exceptions to this longstanding requirement."

This alone should be an indication that "plane huggers" are just typical cognitively dissonated individuals who I am convinced think planes hit those buildings simply because they saw it on TV.  Do people out there remember all those crashes in the 1980s and 1990s such as the valuejet that crashed into the everyglades, whereby NTSB facetediously gathered millions of plane parts and reconstructed them in large hangers?  That this wasn't done on 911 is a dead giveaway to me that those Boeings didn't crash.

What we are seeing are clearly faked videos (or hologram image).