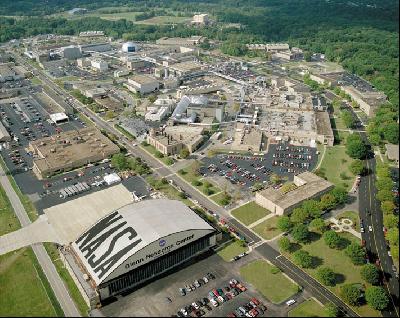 In a previous article, I speculated what may have happened to an alleged passenger of American Flight 11 on the day of September 11, 2001.  Now I have identified all of the passengers and crew alleged to have been on American 11, United 175, American 77 and United 93 whose names were found on the SSDI (Social Security Death Index) and I paint a more complete picture of my hypothesis.

Alleged to have struck the World Trade Center north tower

In this essay, I will assume for the sake of argument that these 25 alleged passengers (and those listed in the SSDI on other alleged flight) were real people whose families reported their deaths to the proper authorities on or around September 11, 2011.  Those not listed in the SSDI will be assumed to be fake identities or the identities of people who really died prior to that day.

Alleged to have struck the World Trade Center, south tower.

By this count, there are 13 YES, 30 NO and 4 FOREIGN entries of the names shown by CNN for the passengers.  I used a different source here simply to show the similarity of how the SSDI passengers come out by number.  I will ignore the number of foreigners and the crew members in this essay as the number 38 is arbitrary.

Combined with the 25 “passengers” from Flight 11, we now have 38 people noted in the SSDI as having died on September 11, 2001.  What we do not know is how many people were actually on United 175, although we do receive a hint of this number later.

Newspapers report approximately 200 passengers walking from the area where the flight landed toward the NASA building at Cleveland Hopkins Airport not long afterward.  But there is no source for this number.  It may be inferred, but not necessarily proven, that these additional people were on board United 175 with the 38.

Probably.  They had nowhere else to go.  The airport had already been evacuated and would have risked standing out as individuals.

As there is no source apparent who can confirm the approximate number, let’s assume there were around that many people.  That would mean the others outnumbered the group of 38 passengers by about a four-to-one ratio.  Perhaps the plotters used four agents for every passenger to make sure the passengers went to the NASA building without tipping off their identities.

Here is what the SSDI has to say about American 77 passengers, courtesy of Web Fairy and CNN:

Allegedly crashed into the Pentagon.

In summary, one crewmember and fourteen “passengers” (I left in Eddie Dillard and Joe Ferguson to show the possibility that names of the recently deceased may have been used).

Thanks to the Bureau of Transportation Records, we know that American Flight 77 was neither scheduled nor did it take off.  So where did these “passengers” go?

The most logical way would be to have them meet in person.  That way the “passengers” could get their instructions as to what to do and where to go next.

As with the other flights, the official story circulating in the media has the Flight 77 list passengers dying in a place where they did not die.  Here, it was the Pentagon in Virginia.

These 14 could have met anywhere.  They did not likely go to Dulles National Airport.  There was no point in putting them on board a flight that did not fly.  A “flight” that would be best known for the alleged presence of TV personality Barbara Olson (who is NOT on the SSDI) might make people wonder later why they did not see Ms. Olson.

There was additional business that included Olson.  She and others on the plane had to go somewhere secret and make calls from the ground and convince the listeners they were really on the flight.  Olson was likely kept far away from the group.

The 14 then went about their directions.

Here is the passenger/SSDI report on the fourth alleged flight, United Airlines 93:

No crewmembers from United 93 are on the SSDI list.  And only seven passengers show up as having died on that day.  Note Todd Beamer (of “Let’s Roll” fiction) actually died four years prior, according to the records!  (It seems likely that someone simply used their identity – see this link: http://www.cluesforum.info/viewtopic.php?p=363377)

We know from BTS and ACARS records that United 93 took off and was flying over the Midwest long after it allegedly crashed in Pennsylvania.  It most likely landed in Akron Ohio later that morning.

Those who are said to have made phone calls stayed on the ground to make those calls (none of these “passengers” made the SSDI list – people may have assumed names, as was likely the case with Beamer).

These seven were noted by a list maker as well.

The paradox remains that no one can prove who boarded the two planes that flew. To assert that any one person did or did not fly is simply non-falsifiable.

Passenger lists or even manifests could be faked, for example.

People could have boarded under false names.

Passengers could have included those not listed in SSDI, which is, in their own estimation, about eighty-five percent accurate.

I have written out the most plausible hypothesis based on the few facts that are available.  I have made the assumption that those listed as having died on September 11 did in fact live prior to that day and that someone close to them believed them dead and contacted the proper authority.

I have no idea what directions the passengers would have received.  The controversy over whether they were killed will continue, but the assertion and its opposite are also non-falsifiable.

This is a work in progress.  It is my gift to those who seek the truth.  If you can better my hypothesis, please do so, not for me but for the simple cause of getting an answer to the question of what happened.

Source unless otherwise noted: Planes without Passengers: the Faked Hijackings of 9/11, 2nd edition

Picture is of Cleveland Hopkins Airport