(UK) NewCastle Engineer, John Knapton says: The Steel Columns of the Towers were melted by fire, but later appears to have had second thoughts about it (read articles), offering money....

Twin towers' steel under scrutiny
The steel columns of the towers were melted by fire
An engineer from Newcastle is studying the structural strength of the World Trade Center towers on behalf of companies which face huge insurance claims. 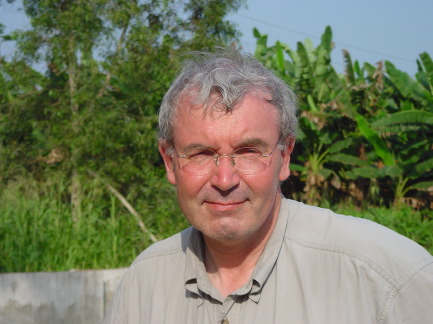 Professor of Structural Engineering at the University of Newcastle, John Knapton, is discussing his study with solicitors for Lloyds' insurance syndicates.

If he is appointed full time, the professor's work could take more than 10 years to complete.

He told BBC News Online: "The world trade centre was designed to withstand the impact of a Boeing 707, but that was unusual... we are trying to discover why they [ the towers ] collapsed and what needs doing to rebuild them.

"The buildings survived the impact and the explosion but not the fire, and that is the problem.

"The 35 tonnes of aviation fuel will have melted the steel... all that can be done is to place fire resistant material around the steel and delay the collapse by keeping the steel cool for longer."

Before the rubble from the collapsed towers can be investigated it must all be excavated, which could take a year to complete.

Creating models of the building may take three years, and introducing new information into building codes and disseminating it worldwide may take a further six years.

Insurance claims from businesses and relatives affected by the terror attacks are estimated to run into billions of dollars.

Prof Knapton, 52, said: "The insurance companies who carry the can re-insure with Lloyds, who have been put on notice that claims will come in.

"The figure for the buildings themselves is something approaching $2bn, and $6bn including damage to other businesses.

"The building was designed in 1968 and would have been one of the first to have a computer model designed for it.

"What you have to do is remove the parts of the model, the columns and so on, in the way you imagine that the plane removed them.

"We can even model the effect of the softening as the steel melts, and reduce its elastic properties to show the model falling down.

"We check it all against the video evidence."

The professor has warned that the attacks on New York could have far reaching implications for the future of building design.

He told BBC News Online: "I think any building over five storeys high will have to bear this [ impact from a plane crash ] in mind, but we also want to give people time to get out when there is a fire, and give the firemen time to get the people out.

"It took four hours to evacuate the World Trade Center when the 1993 bomb struck... we need to protect the steel with more concrete... which will put up the price of the buildings massively."

Knapton later went of to offer $100,000 to anyone who could explain all of the Science and Math that accounted for The Twin Tower collapses, according to the Government's Theory, as you will read in the following Rense post copied to this site...