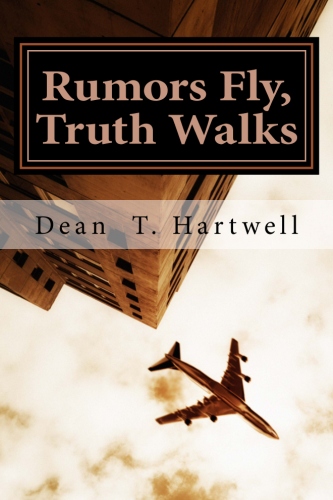 Flight 11 - As many as 87 people (includes crew), apparently without any protest, went somewhere else besides the flight they were said to have taken.  No one has heard from them since then.

Flight 175 - As many as 53 people either (a) took off on a flight that made an emergency landing in the Midwest OR (b) went somewhere else besides the flight they were said to have taken.  Either way they made no protest and no one has heard from them since then.

Flight 77 - As many as 59 people, apparently without protest, did not take off on the flight they were said to have taken.  They went somewhere else and no one has heard from them since then.

Flight 93 - As many as 40 people either (a) took off on a flight that made an emergency landing in the Midwest OR (b) went somewhere else besides the flight they were said to have taken.  Either way they made no protest and no one has heard from them since then.

What caused them to disappear?

They went somewhere else.

If they did, someone or some group of people had to direct them to go to a private area.  No one reports seeing or hearing people getting killed in public or directed under force to go anywhere near the airport.

So no force was used?

Then why would any group of people (most apparently strangers to the others) collectively meet somewhere?

Because they chose to do so.

Where did they meet?

Somewhere at or near the airports in question.

How do we know that?

Credible reports of some family members and friends saying they dropped persons off at the airport.

Is anyone on record as having waited at the gate with anyone?

What does that mean?

That people were told ahead of time to arrive alone at the places.

So the people later to be known as passengers voluntarily went to private places in or near the airports in question?

And they volunteered to die?

How can we be certain of that?

We cannot be certain of much of anything.  This is a historical mater.  At best we can determine what is most likely to have happened.

So why is it more likely than not that they were not murdered?

The plotters needed their help in creating an illusion of crashed planes, hijackings and passenger phone calls.

So the alleged passengers helped the plotters?

To answer that, one needs to know who the plotters were.

OK, who were they?

A group willing and able to create an illusion in order to direct public outrage against innocent people.

I agree that that is what happened - but how do the alleged passengers fit into this?

To make an illusion work, the plotters must convince the audience (the public) that the illusion is real.

So?  What has that got to do with the alleged passengers?

To create the illusion of crashed commercial planes, the plotters, among other things, planted personal effects at the crash sites.

Where did they get these personal effects?

The same place one usually gets personal effects.

What about the hijackings and the passenger phone calls?

The plotters directed phone calls that convinced relatives that they were contacted about hijackings.

Did the alleged passengers participate?

I can't think of a better way to convince the relatives.  Either that or pay them.

So the alleged passengers were a part of the plot?

That depends upon the plot to which you refer.

What do you mean?

Only the plotters knew the whole picture about the plot and the outcome.

So what did the alleged passengers know?

Only what they were told.

What were they told?

They were told where and when to show up on that morning, they were told not to bring anyone and some were told to make phone calls.

How does that make them a part of the big plot?

What was their plot?

They believed that their help was needed and that secrecy was required to help people to whom they placed their trust.

What happened to them?

Whatever you would with people who helped you run a huge hoax.

What are my choices?

You could guarantee their silence by killing them OR

Keep them hidden for future assistance.

Why would I do that?

Does a magician just stop at one trick?

PLEASE ASK YOUR QUESTIONS ABOUT THE ALLEGED PASSENGERS AND CHALLENGE THIS HYPOTHESIS!

All good questions!  Looking forward to reading your book.  We need real answers!  I have always wondered why NTSB was shut out of investigating the "plane crashes"  -- No numbers (no real "parts"?) -- If real planes involved, NTSB should have been there!  Government controlled all sites, lied about "evidence", planted some of it, and disposed of most of it!  Why?  To protect us from the truth?!