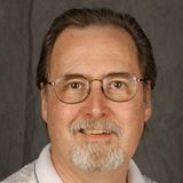 Keith Kintner has not received any gifts yet

How is everything with you, I picked interest on you after going through your short profile and deemed it necessary to write you immediately. I have something very vital to disclose to you,but I found it difficult to express myself here, since it's a public site.Could you please get back to me on ( josephmclaughlin500@gmail.com ) for the full details.Have a nice day
Thanks God bless.

There are several "truth" sites I trust, including the Engineers and Architects, Pilots, Physicians, Scientists, Scholars. Google some of these. There is more truth there than what the government and established media told us. I don't know the Who or the full How, but we know What, When, Where, and part of the Why (Journalism 101 - 5 Ws & an H -- Who, What, When, Where, Why and How). The full, real story was never told. On memorial day, I add all the responders, firemen, police, port authority, who gave their lives that day, and continue to suffer and die from the results. There can be no closure until the truth is finally told!

I saw just bits and pieces of 9-11 coverage again in September. I never swallowed the "Official Story", having seen the buildings fall on live TV from a hotel room in Cleveland on that day (on our way to New York!). We saw a lot of coverage from my in-laws in Michigan. Those buildings were demolished due to pre-planted explosives, controlled demolition-style. Very few people actually realize that a 3rd building, WTC-7, went down, around 5:20 p.m. that day, after it had been cleared, and Larry Silverstein said to "pull-it" (in professional demolition, means to destroy a building, rigged for demo, and that IS what happened) ! It was down in about 6 seconds! (47-stories!) The Arabs didn't do it! It was most likely rigged by Israeli specialists, with full knowledge from higher ups in our government and military. Reason: To support the military-industrial complex and provide a new "Pearl Harbor" to justify wars in the Mideast (Iraq, Afghanistan, and, eventually, Iran, all enemies of Israel). Obama has also failed to order a true investigation (He is another puppet from whoever controls the strings). Larry "Pull-It" Silverstein was/is involved, and is heavily involved in the new towers! (Wonder if they've been constructed with the demolition equipment already in place for next time?!). I also do not believe ANY commercial airliners hit the towers, the Pentagon, or crashed in Shanksville. Combinations of tricks, substitutions, remote-controlled plane(s), and cruise-type missiles. I have some good info on my FB page (Until they cut me off for posting it). Cancers are due to all the pulverized bits, along with leftover explosives, possibly some nuclear radiation, too. The white-washed "official report" is mostly a fabricated lie. We must honor all who died in the events, and all the responders. Many that survived now are dying of various cancers.