On the heels of the release on Youtube of the first 8 chapters of Ace Baker's Psy-Opera, http://www.youtube.com/playlist?list=PLEA05F393EC843D80&feature...  Mike Philbin has had a subsequent realization of video fakery, as posted on this blog. Infowars has posted John Lear's Affidavit in the Reynolds trial: http://www.infowars.com/lear-jet-boss-amazing-court-affidavit-on-91...  Some of the comments are quite good, people are starting to distinguish reality from cartoons! 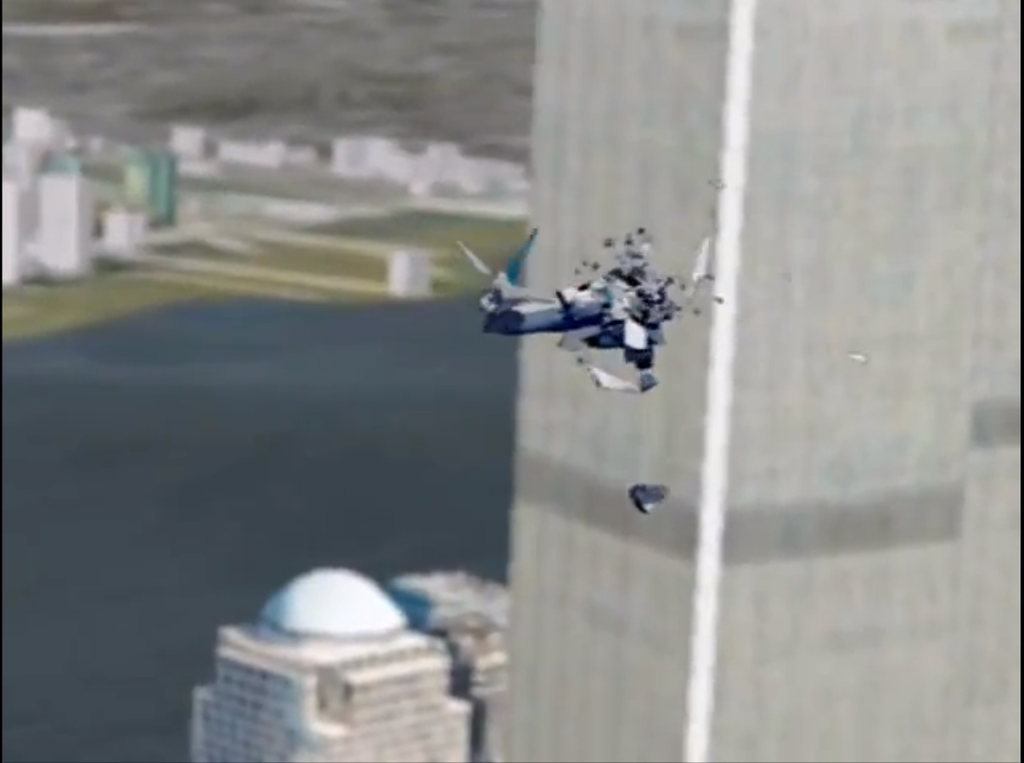 A still from Ace's "What Planes" - what a real crash would look like!

Today's Real Deal added another distinguished film producer and analyst, Jay Weidner who has joined the swelling ranks of critical thinkers seeing through the fog. The dialog between Weidner and Fetzer is NOT to be missed. The lack of wake vortex was a very good point even though the actual term was not used. The interview touched on many issues that are of interest including Kubrick's involvement with the moon footage, and a new fact for me, that the astronauts in the footage are not ridding their suits of carbon dioxide which should be visible as crystals in the space around them. The buildup of CO2 inthe suits would be a deadly problem. Look for the show to be posted at http://www.radiofetzer.blogspot.com soon.

We also have The Vancouver Hearings to look forward to:

If you think that would have been difficult for those 19 Islamic terrorists to arrange, could they have suspended Newton’s laws on 9/11?

THE VANCOUVER HEARINGS ARE DESIGNED TO DEMONSTRATE THAT

Hang on to your hats the Truth is on the front burner and the burner is on High!