Hightower has very much become a Spherical Earth Affirmer 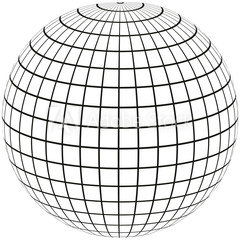 I don't know if there is much activity lately in this Blog site dedicated to 911 issues, but I wanted to share with this group how in the last couple of months I have become a very outspoken Spherical Earth Affirmer and Flat Earth Debunker.

I think that a lot of people are being taken in by the flat earth movement, especially people who are already serious students of conspiracy theories. A typical thing many flat earthers say is that at first they thought the idea of a flat earth was ridiculous, so they tried to prove the sphericity of the earth. And since they were unable to prove the earth is a sphere, they concluded that it must be flat.

Well, I got taken in by the flat earth thing to some extent at first, and kind of hoped that they were right, and was rooting for them, especially because many flat earthers were my fellow students of conspiracy theories where I had much in agreement with them, and I respected them and did not want them to be wrong.

But I eventually did prove to my own personal and professional satisfaction that the earth is indeed of a spherical shape. So I want to get the word out to my fellow students of conspiracy theories so they can hopefully make a better informed decision on what is right. I do have some friends who have bought into the flat earth concept pretty heavily, and they are still my friends, so I can handle that. But I just want to get my analyses and experimental evidence out as widely as possible to help the debate.

So I ended up creating my own Blog based largely on the issue of debunking flat earth theory.

The three sites below all have the same articles. They are just different platforms that I have ended up using. Also my Facebook page is given below.

Also, I just got approved today to join a flat earth Facebook group that claims to be open to debate, so I will put that web page down below also.

So I hope that you might find this informative and enjoyable. There is satire in a few of my articles which I think you will find hilarious.

Yes, the Earth is FAT!