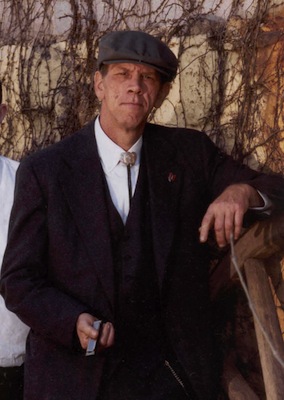 Dear Ladies and Gentlemen, I was not aware that I was part of this forum. But as I remember, I surfed here on an occasion sometime after the attempted plane bombing in Detroit at Christmas. And you…Continue

William P. Homans has not received any gifts yet

the lecturer makes some interesting observations about the "corporate state" of mussolini, the looting of the public treasuries and the de-valuation of life (he cites the 1994 oregon ballot measure 19 which would have or *did* legalize euthaniasia - he also cites a contemporary poll (1994/95) in which about a third of oregon residents when asked if they would support "euthanasia" In cases where the subject's medical costs were "too high", responded positively.

the author's subtitle "death instead of taxes" refers to "taxes" in the broader sense of government services for the poor - and he has predicted in these lectures, back in 1995 that around 2010 the US economy would collapse as baby boomers began to retire (attempting to withdraw their moneys in order to live on, that they had saved or invested)

anyway this is some heavy shit listening to it 15 years after the original broadcasts on KFJC 89.7fm back in '95

i've never been too comfortable at that place - i don't know who owns it or runs it, but there's a personage known as "clara listensprachen" who i think has some controling interest in that place and i'm just chary of giving out my IP and other infos to someone about whom i know nothing but who may have held a grudge against me for something i might have said during my years of posting at DBS/and its predecessor site (aryan-ah online)

keep on keepin' on

didn't get to say a "proper" fare-thee-well, and was away when DBS self-destructo'd (i think it prolly had somethingi to do with someone posting very obscene and questionable stuff about one of the 'truthers" or something. i didn't get much into that argument. i stay out of arguments and shit that i don't know about - science and physics arent my forte so how'm i gonna talk about the collapse of them buildings anyway? i stick to marx cause it's what i knows


anyway, so long and don't forget to hit up the left coast once every decade or so

I have a large number of JPEG Poster Graphics explaining the Impossible Collapses of the WTC Twin Towers. They explain the basic Physics in great detail in highly quantitative terms. Please check them out, especially if you Physics & Math are fresh.
Please invite others to view this site and especially my posters.There is very little quantitative date posted on the internet compared to wha I have posted here. Tomorrow I am being interview by Jim Fetzer on my research, second time.
Please let me know what you think and if you know of other sites that I might be able to post my research on...