A Little Known Fact About the 9/11 Planes

A Little Known Fact About the 9/11 Planes


Another seriously undeniable flaw in the 'official' 9/11 story.


(BANGKOK) - Extract: ...it would be a remarkable irony, and quite possibly a unique circumstance in the annals of American jurisprudence, if the assumptions used as reasons for
launching wars against two sovereign nations, as well as the more
generalised 'War on Terror' would not stand up as evidence in either a
criminal prosecution or a civil damages suit in an American court of
law.


It is not a theory but a fact—one that is well known within the 9/11 truth movement—that the 9/11 Commission failed to ensure that at least one of the appropriate government agencies: the NTSB, the
FBI or the FAA was commissioned to positively identify the aircraft
which were allegedly involved in the murders of nearly 3,000 people, on
September 11, 2001.


One does not need to be a Harvard Law School graduate to know that the first and most important requirement in any murder investigation is to determine the cause of death, which often leads to a
requirement to identify, and trace to its origins, a murder weapon, or,
in the case of 9/11: weapons. And there can be no doubt that each of
the four planes which were allegedly hijacked on the morning 9/11 was
posited as being a murder weapon, by the U.S. administration and the
9/11 Commission, yet there is absolutely nothing which firmly connects
the four allegedly-hijacked planes to any of the 9/11 crash sites.


In fact it is not fanciful to suggest that if a lawyer, even of a far lower calibre than that of an Alan Dershowitz, were engaged to defend the airport security companies that allegedly allowed
19 box-cutter-carrying Arabs to get onto those planes, he would
immediately call for the dismissal of such an action on the grounds that
the planes which allegedly hit the Twin Towers of the World Trade
Center, the Pentagon, and the one which crashed near Shanksville had
never been forensically identified as the planes which, allegedly, had
been hijacked that morning.


And such a motion could not possibly be denied, as I will explain.


The planes in question were alleged to have been: American Airlines flight 11 (Tail Number: N334AA), North Tower; United Airlines flight 175 (N612UA), South Tower; American Airlines flight 77
(N644AA), the Pentagon, and United Airlines flight 93 (N591UA), which
supposedly crashed near Shanksville, Pennsylvania. But the truth is
that they could well have been different planes that had arrived on the
scenes from quite different locations, because the crash debris
recovered from those four crash sites has never been forensically linked
to the planes that allegedly took off from Logan International, Boston;
Dulles International, Washington and Newark International, New Jersey,
and which were, allegedly, hijacked shortly thereafter. Therefore they
cannot possibly be linked, without a reasonable doubt, to breaches of
security at those airports.


So, it would be a remarkable irony, and quite possibly a unique circumstance in the annals of American jurisprudence, if the assumptions used as reasons for launching wars against two sovereign
nations, as well as the more generalised 'War on Terror' would not stand
up as evidence in either a criminal prosecution or a civil damages suit
in an American court of law.


Air-crash investigations in the United States are normally carried out by the NTSB's air accident investigation division, and there are several documentary television series featuring this
government agency's painstaking approach when investigating the causes
of air crashes. During many such investigations, serial numbers from
recovered parts are cross checked with the airline-in-question's
purchase and maintenance records, to try and identify the reason for an
accident, when it is suspected that mechanical failure may have been the
cause.


However the NTSB has confirmed that—apparently for the first time from its inception, in 1967, since when it has investigated more than 124,000 other aviation accidents—it took no part in
investigating any of the air crashes which occurred on September 11,
2001. So the world has been asked to take it on faith and hearsay that
the four planes involved were normal scheduled flights which were
hijacked by Arab terrorists, some of whom, are, allegedly, still alive. 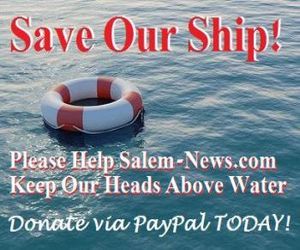 Even more disturbing is the fact that documentation exists, and is available on the Internet, which indicates that the FBI, backed up by a separate letter from the Justice Department has refused
to release any information, under the Freedom of Information Act, about
any debris recovered from the crash sites, including the serial number
of the "Black Box" Cockpit Flight Data Recorder allegedly found near the
alleged crash site of United Airlines Flight 93. It may be recalled
that a transcript taken from this recorder formed the basis for several
TV dramas and one Academy-Award winning feature film.


By no means finally, but just as disturbing, the core of a jet engine, which can been seen in several 9/11 videos falling out of the northern face of the WTC's South Tower, and which hit a building
on its way down, and was photographed and videoed—in the presence of FBI
personnel and at least one FBI vehicle—where it came to rest at the
junction of Church and Murray streets, was later photographed, prior to
its burial in a land fill on Staten Island. So much for what murder
investigators are usually so concerned about: The chain of custody and
preservation of important evidence, pending its identification.


The events of 9/11 had consequences far beyond the destruction of life and property in the United States; they were the reasons for the launching of three wars. Yet it is obvious that a
leader writer of an influential newspaper, the Washington Post,
could not spare the time to look into such a serious matter—one that
people with far fewer resources than he or she has access to have
managed to do—before launching a scathing attack on a member of the
Japanese parliament and the world-wide 9/11 truth movement, in general.


Just because the 9/11 Commission did not do its job properly is no excuse for newspaper writers not to do theirs. Unless, of course, newspapers such as the New York Times, the Wall Street
Journal, the Washington Post and the Los Angeles Times
are playing a conscious role in a conspiracy to prevent the truth about
these events from surfacing. In which case their editors and owners
would almost certainly be guilty of misprision of felony.


I would like to stress that the identity of the planes is not the only reason why the 9/11 Commission's findings should be regarded as invalid, and its members found guilty, at the very least, of
gross oversights in the collection of the evidence which was used in
the writing of its Final Report. Even a cursory look at the visual
evidence of the collapsing World Trade Center's Twin Towers and WTC 7
should have instilled grave doubts about the findings of some of the
experts from the National Institute of Standards and Technology, NIST.


But, for my money, the real smoking guns were, and still are, the four aircraft that were used as weapons on that terrible day, and for them not to have been identified breaks every rule in any
book which seeks to teach the art of solving crimes.

Anthony Lawson is a retired international-prize-winning commercials director, cameraman, ad-agency creative director and voice over. He used to be
known for shooting humorous commercials, but doesn't find much to laugh
about, with the way the world is going, these days.


After recovering from the shock of seeing the Twin Towers collapse, on subsequent showings, I developed a strong feeling that what I was seeing and what I was being told were quite different
things. For two such buildings to collapse, in the manner they did,
solely because they had been hit by large aircraft, did not make sense.
The collapses were too uniform. If aircraft impacts were the cause, at
least one of the buildings should have fallen over. I subsequently made a
video called "WTC7 -- This is an Orange" to express my concern that the
public was not being told the truth about 9/11.

Comment by Thoth II on March 22, 2010 at 5:38pm
"However the NTSB has confirmed that—apparently for the first time from its inception, in 1967, since when it has investigated more than 124,000 other aviation accidents—it took no part in
investigating any of the air crashes which occurred on September 11,
2001. So the world has been asked to take it on faith and hearsay that
the four planes involved were normal scheduled flights which were
hijacked by Arab terrorists, some of whom, are, allegedly, still alive."

Anthony, that's because there were no planes! That simple.

Comment by James H. Fetzer on March 21, 2010 at 11:36am
The situation is actually much worse than he describes. Elias Davidsson, "No Evidence that Muslims Hijacked Planes on 9/11" (google and download, but it's probably blogged here), David Ray Griffin, "Phone Calls from the 9/11 Airliners" (http://www.globalresearch.ca/index.php?context=va&aid=16924), together with no parts from any of the crash sites that have been associated with those flights (which Anthony mentioned as do I in "New Proof of Video Fakery on 9/11) (google, if it's not already here) strongly support the inference that no planes were involved on 9/11. That tends to be substantiated by FAA Registry data, which shows that the serial number 22331 for a Boeing 767 (AA #11) was not deregistered until 01/14/2002, which is several months after it purportedly hit the North Tower; serial number 24602 for a Boeing 757 (AA #77) was not deregistered until that same date after it allegedly hit the Pentagon; serial number 21873 for a Boeing 767 (United #175) was not deregistered until 09/28/2005, indicating it was still flying four years after it hit the South Tower; and serial number 28142 for a Boeing 757 (United #93) was still registered until that same date after having crashed in Pennsylvania on 9/11. John Lear has observed that #11 and #77 were not even scheduled for flights that day and that there would have been hundreds of miles of wire at the crash sites, if those planes had actually crashed there. Together with indications of video fakery, the case for "no planes" appears to be very strong--actually, even stronger than the case advanced for thermite/thermate/superthermite being use at the WTC.