[Editor's Note:  In the 9/11 Truth community, sarcasm and ridicule remain alive and well, even flourishing!]

Dr. Jones Reanimates The Corpse of the “Dustification Lady”, Dr.Judy Wood
Posted on February 21, 2010 by willyloman
by Scott Creighton

More dust for our "scientist" - no soup for you

In the time it took Dr. Jones to revive the ghost of Judy Wood and her “ground based Star Wars Technology” theory (read as “ray beams from space”) he could have taken that sample of Ground Zero dust in his hand and tested it for explosive residues, live at their press conference. In fact, he probably could have done it twice. But he would never do that. Instead, he cruised over to the luncheon and breathed life into the decaying corpse of Judy Woods’ sonic space beam theory at our expense. 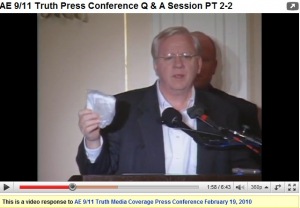 Judy Wood, for those of you who don’t know, was once affiliated with Jones and Fetzer at Scholars for 911 Truth. She is noted for the now infamous “ray beams from space” theory in which she stated that an orbiting ray-gun zapped the towers to death. This idea was quickly dismissed though and yet she continued with other theories like the “dustification theory” in which she explains how the steel columns were turned to dust right before our eyes (even though the only thing you can see in all the debris pictures at Ground Zero are steel columns… guess they missed those). That idea was a good one because it was supported with what Judy Wood scientifically reported as the “fuzzyblobs” proof, the “fuzzball” proof, and my favorite, the “Cheetos” proof.

But Judy wasn’t done there, folks. She had only just begun. She then started looking into the great “Hutchison Effect Weapon“, oh that was a classic. This theory of hers was again supported by more strange pictures and more strange proofs like: bent beams, jellification, transmutation, and the big evidence… holes. Yes, that is right folks, a hole in a pipe and a hole in Building 6 PROVES beyond a shadow of a doubt that a massive electro magnetic Tesla type ray-gun may have in fact brought down the towers and building 7. Just look at those pictures. 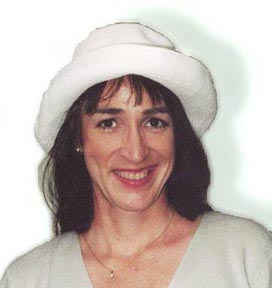 Judy Wood, WHERE DID THE TOWERS GO?

Well, you might think that the good old Dr. Judy had done enough to help establish the credibility of the Truth movement with all those contributions listed above, but no, she had more work to do. After lighting into Dr. Jones and pretty much everyone else, the good doctor then took on her most detailed research to date; 911 Weather Anomalities and Field Effects. That’s right people, Dr. Judy Wood was an early proponent of Steven Jones’ new area of interest, weather weapons, ELF earthquake machines, and the devastating HAARP technologies .

You can go here and read all about how Dr. Judy Wood was writing about man-made earthquakes and hurricanes in May of 2008, years ahead of Dr. Steven Jones. Perhaps we picked the wrong horse in this race.

Years ahead of Steven Jones

Judy hasn’t been doing much in the way of speaking on this subject since around May of 2008. But, now that she has confirmation from our “leading” scientist, I am sure that will all change. Dr. Judy Wood will probably be able to parlay this into at least another two years of UFO radio show appearances. 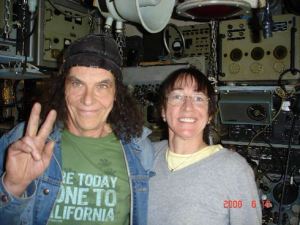 But I don’t see why she should stop there. After all, she scooped Dr. Steven Jones by almost two years on this startling new evidence. Hell, we should invite Judy Wood to the next press conference. See what she comes up with for the after luncheon October Surprise.

Jones is now walking in the shadow of the Dustification Lady’ greatness… which of course does us all a ton of good. Thanks again Dr. Jones. You have done yet another service for the people of the Truth movement.

(Psst. by the way Dr. Jones, I noticed you changed your “100s of tons” of nanothermite” conclusion down to “3 tons”. Kinda makes more sense doesn’t it? Kinda like all those times I have pointed out the implausibility of your first estimate of 100 tons of “unexploded” thermetic material. Next time you revise your story because of something I point out, do me a favor and at least give me a footnote, will ya? I mean, after all, how do you revise down “100s of tons” to 3 tons like that with no new scientific study? That’s like a factor of what? 33.333333333? I always thought one should give credit where credit was due… which explains why I am filling in the missing Dr. Judy Wood footnote for you and your fans.)

Comment by Chuck Boldwyn on May 7, 2012 at 12:07am
Where is the reference for Dr Jones' going from 100s of tons of Thermate to just 3 tons?
Please submits it and consider always showing references for these kinds of statements & personal evaluations.
Has Dr. Jones considered micro/mini shape charged nukes and/or high explosive shaped charges or is it still only 100% nanothermate that did all of the pulverizatons, steel meltings & steel vaporizations.
How much energy has he calculated as required for the Super-duper colossal destructions in Joules or in Newtons of Force? What would be the minimum Force and Energy Dr. Jones, Dr, woods, or anyone has calculated to destroy the Twin Towers via gravitational collapse or by explosives and/or Incendiaries?
Please reply or direct us to this requested and most, most critical information....