Memorandum for the President: Three Proofs we have Not been told the Truth about 9/11

Memorandum for the President: Three Proofs we have Not been told th...

Memorandum for the President: Three Proofs we have Not been told the Truth about 9/11

The Impossible Entry
The footage of the South Tower hit exemplifies several anomalies, including a Boeing 767 flying at an impossible speed, an impossible entry into the building (in violation of Newton’s laws), and even passing through its own length into the building in the same number of frames it passes through its own length in air—which is impossible, unless this 500,000 ton, steel and concrete building posed no more resistance to its trajectory in flight than air.
Some have claimed that this was a “special plane” that could fly faster than a standard Boeing 767, but no real plane could violate Newton’s laws. The structure of the building, moreover, meant that it actually intersected with eight different floors. Each of those floors consisted of steel trusses connected at one end to the core columns and at the other to the steel support columns. Any real plane would have crumpled external to the building. 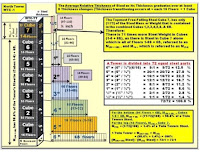 As Chuck Boldwyn has shown, the thickness of the steel varied from six inches thick in the subbasements to a quarter-inch thick at the top, which meant that the overwhelming mass of the steel was below the level at which “the plane” is alleged to have hit the North Tower. By his calculation, the fourteen floors above the “hit point” represented 1.4% of the mass of the steel, where it is preposterous to suppose that its collapse could have overcome the 98.6% of the mass of the steel below it. Indeed, as John Skilling observed, the towers were built with a safety factor of 20, which means that each floor could support 20 times its expected live load (dead load + furniture, facilities and human personnel).

The claim that the jet fuel from the plane strikes burned so intensely it caused the steel to weaken cannot withstand critical scrutiny. The steel used in the building was certified by Underwriters Laboratories, Inc., to 2,000*F for three to four hours without suffering any adverse effects. NIST studied 236 samples of steel and found that 233 had not been exposed to temperatures above 500*F and the other three not above 1,200*F. Plus the fires in the South Tower lasted less than an hour, in the North less than an hour-and-a-half. The fires burned neither long enough nor hot enough to affect the steel. It was physically impossible for them to collapse.

A Controlled Demolition (WTC-7) vs. Demolitions Under Control (The Twin Towers) 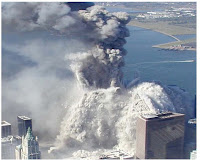 As Jesse Ventura has observed, propane burns hotter than kerosene (the constituent of “jet fuel”), yet his camping stove, which is made of steel, does not melt when he uses it on a camping trip.  Far from collapsing, both buildings are being blown apart in every direction by enormous sources of energy, where they are being converted into millions of cubic yards of very fine dust and, when destruction is complete, there is no massive pile of debris in their footprint, which is a classic sign of a building’s collapse. Unlike WTC-7, the Twin Towers did not collapse, which means that the official account characterizing them as having “collapsed” is another blatant fabrication and deliberate deception.

Unlike the Twin Towers, WTC-7 came down in a classic “controlled demolition” at 5:20 PM that day, about seven hours after the destruction of WTC-1 and WTC-2, which I prefer to refer to as “demolitions under control”, since they were clearly not classic controlled demolitions. You can see the penthouse kink, where all the floors fall at the same time and, after about 6.5 seconds, there is a stack of debris (mostly floors) equal to about 12% of the height of the original. By contrast, the floors of the Twin Towers remain stationary, waiting their turn to be “blown to kingdom come” (in the memorable phrase of Morgan Reynolds).

For a comprehensive overview of the science and politics of 9/11, see"9/11: Who was responsible and why": 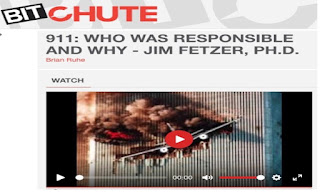