Michael Rivero blows his cover as a 9/11 gatekeeper

Michael Rivero blows his cover as a 9/11 gatekeeper

When governmentslaves.com published a recent piece on the importance of the alternative on-line media, highlighting the contributions of Matt Drudge, Steve Quayle, Michael Rivero and Jeff Rense, I anticipated that it would not be long before they would come under attack by the truth suppressors:

I did not have long to wait because Media Matters, which is run by David Brock--reported to be the boyfriend of James Alifantis, notorious as the owner of Comet Ping-Pong Pizza and central to the PizzaGate scandal--launched an attack upon Drudge as an instrument of Russian propaganda: 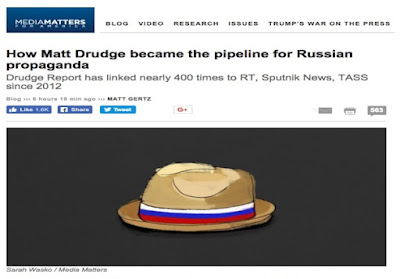 where serious students of current affairs know that RT (Russia Today) and Sputnik News are among the most accurate and reliable news sources in the world today, unlike The Washington Post and The New York Times, which have long since been absorbed as instruments of propaganda by the CIA.

Rivero attacks Me over 9/11

I anticipated that other attacks on Rivero and on Rense, where my show, "The Raw Deal", is broadcast overrenseradio.com, would be forthcoming. But imagine my surprise when I received the following from one of my followers who was reporting that Rivero had been attacking me instead:

Indeed, between 46:40 and 48:40, in response to what I believe to have been a prearranged call, he attacks me in a 2-minute exchange for my positions on the use of holograms and mini nukes in New York, that no plane hit the Pentagon on 9/11 and even (surprisingly) that we did not land on the moon:

The caller had no problem with the towers having been destroyed by plane impacts and jet-fuel based fires, which physically impossible. They were too robust for any real plane to penetrate them, which was why they had to be faked. He was calling for expert advice, but Rivero reinforced his ignorance.

The Use of Mini Nukes

The observable destruction sequence, for example, where the towers are being blown apart in every direction--from the top down--and converted into millions of cubic yards of very fine dust--which is a signature of nuclear events--would be confirmed by USGS dust studies, as I explain in detail:

Because the use of mini nukes and of holograms to fake the planes is difficult for many students of 9/11 to understand, I have spelled it out in clear and accessibly ways on many occasions, as I did during the first "Midwest 9/11 Truth Conference" (2013). Apparently, Michael Rivero didn't get the memo:

During the second "Midwest 9/11 Truth Conference" (2016), Dennis Cimino focused on what did and did not happen at the Pentagon. (For more, see "Reflections on the Pentagon: A 9/11 Photographic Review'.) We know that no plane hit the Pentagon, something Michael also seems not to understand.

According to Rivero, I am part of "that kookifcation squad and their job is to make anybody that's questioning the official story look bad . . . this idea of no plane at the Pentagon was ginned up out of thin air in order to tarnish the truth movement." But that's a tough case to make on several grounds:

Second, that no plane hit the Pentagon has been apparent since Thierry Meyssan published "Hunt the Boeing"; there is no sign of any plane having hit anywhere near the Pentagon, as Jamie McIntyre of CNN reported on 9/11; there is no massive pile of aluminum debris from a 100-ton airliner at the hit point on the ground floor; no bodies, no seats, no luggage, no wings, no engines; civilian lime-green firetrucks extinguish the modest fires at the hit point, where the Pentagon lawn is clear, green and unblemished; the large section of the Pentagon did not collapse until 45 minutes after the plane had allegedly hit; there is no debris on the lawn until after that section collapses, where a piece of debris from a Boeing 757 shows up that has been tracked ...; black, billowing clouds later visible across the Potomac from the Capitol came from a series of enormous dumpsters as a Hollywood-style speci...; and the official trajectory of a 757 flying at over 500 mph barely skimming the ground, taking out....

Third, the "serious scholars of 9/11" he appears to have in mind are Richard Gage, Kevin Ryan, Steven Jones and those who publish in The Journal of 9/11 Studies; but who are committed to nanothermite as responsible for the destruction of the Twin Towers, which T. Mark Hightower and I have demonstrated to be impossible; they are publishing articles that claim a plane really did hit the Pentagon; and they are unwilling to address who was responsible and why, where Richard Gage left 9/11 Truth in a time-warp on C-SPAN; where a nice overview of the differences between the key groups in 9/1l research--A&E911, Judy Wood and DEWs and Scholars for 9/11 Truth--recently appeared in The Millennium Report (12 September 2017) providing a summary of the differences between the three and why A&E911 and Judy Wood appear to be limited hangouts, which allow some of the truth about 9/11 to be re....

More proof that Michael Rivero is a 9/11 gatekeeper includes: that the use of holograms explains the impossible speed of Flight 175 as it approaches the South Tower, which Pilots for 9/11 Truth has shown would have caused a Boeing 767 to disintegrate at that speed and al... its impossible entry into a massive, 500,000-ton building with no collision effects (including no debris beneath the towers' facades), even though it was intersecting with eight floors (consisting of an acre of con.... Indeed, a recent interview of a pilot by James Perloff has confirmed why they had to fake the planes using holograms rather than depend upon real pilots: "What's better than planes flying into buildings? The illusion of planes flying into buildings. Especially if it's a high explosive/incendiary guided missile with some sort of holographic projection device strapped to its back." There's nothing "kooky" about invoking holograms to explain the evidence and the use of nukes, which are the only hypotheses that fit the data, including the USGS's findings of elements that would not have been present had this not been a nuclear event. It's called "science".

Not only does Rivero attack me for advancing the best-supported hypotheses about how the towers were destroyed and how the planes were projected (when the speed in flight was aerodynamically impossible and the entry absent collision effects was physically impossible) for real planes but his defense of a Boeing 757 having hit the Pentagon was immediate and an addition to the objection being raised by the caller. Once you review the evidence, how can those of us who have concluded that no plane hit the Pentagon possibly be "poisoning the well" or "promoting propaganda"? All the evidence is on our side, where the only alternative arises if TRUTH is envisioned as POISON, which of course it is for those who want to suppress it. I have challenged Rivero to debate these issues on his show, on "The Power Hour" or on "Infowars". He and I have now been invited to appear on "The Power Hour" this Monday, 25 September 2017, from 10-11 AM/ET (9-10 AM/CT). I will be there; he may or may not. The clincher, if one were needed, came when he threw in my denial that we landed men on the moon. 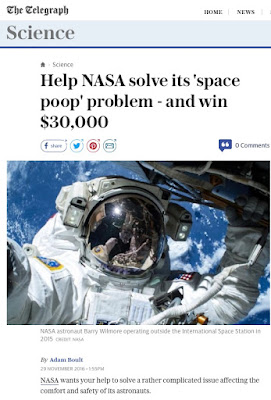 The proof that we did not go to the moon is abundant and compelling. My interest was awakened during a visit to London where, when we turned on the TV, one of the BBC channels was playing, "Conspiracy Theory: Did we land on the moon?", which offers one scientific proof after another that we did not go. Because of my background in the history and the philosophy of science, I was hooked and have since done further research on the matter, including publishing AND I SUPPOSE WE DIDN'T GO TO THE MOON, EITHER? (2015) and subsequent interviews with Dennis Cimino, "The Great Moon Landing Hoax" and "The Real Deal: More on the Moon Landing Hoax". Indeed, I have been amused by recent developments, where NASA has admitted that the greatest obstacle to a manned mission to Mars is the Van Allen ...; where NASA has destroyed a priceless collection of video of the moon landing; and where NASA has sought the assistance of the public to solve its "space poop" problem. Rivero appears to have done no more research on the moon landings than he has on the Pentagon. His effort to trash me has instead unintentionally revealed his role in the media today.

Jim Fetzer, a former Marine Corps officer, is McKnight Professor Emeritus on the Duluth Campus of the University of Minnesota. He is the founder of Scholars for 9/11 Truth.
https://jamesfetzer.blogspot.com/2017/09/michael-rivero-blows-his-c...