This just came in over the transom.


The Toronto Sun did not make the affidavit included with the article about Clifford Olson, Canada's infamous serial killer, reporting an upcoming terror attack in New York prior to 9/11 available on line.
This is very pertinent because it shows there is a connection between
the power brokers of the world and the dispicable lot that appears to be
at their service. Remember Canada's latest was the Prime Minister's
pilot and college buddy of Canada's other notorious serial killer Paul
Bernardo. Clifford Olson warned the Canadian and American ambassadors as
well at the Governor of New York and the President. Of note, there was a
man in custody in Toronto who claimed to be an American Office of Naval
Intelligence operative who gave a similar warning. He was Mike
Vreeland. Of note an Admiral Vreeland headed the Office of Naval
Intelligence in 1909 and had a destroyer named after him. A Major
Vreeland was in the Counter Intelligence Corps in the Pacific during
WWII. The prior knowledge tree bore much fruit. It was just left to rot
on the vine. 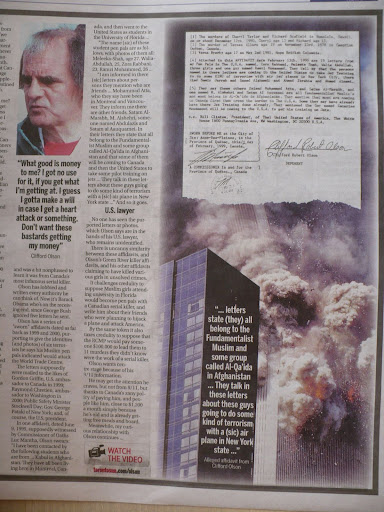 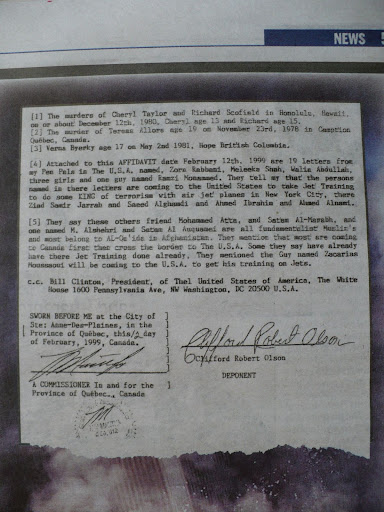