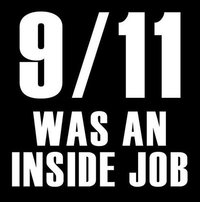 In a previous article, I speculated what may have happened to an alleged passenger of American Flight 11 on the day of September 11, 2001.  Now I have identified all of the passengers and crew on American 11 and United 175 whose names were found on the SSDI (Social Security Death Index) for American 11 and I paint a more complete picture of my hypothesis.

I will assume for the sake of argument that these 25 were real people whose families reported their deaths to the proper authorities on or around September 11, 2011.  The others will be assumed to be fake identities or the identities of people who really died prior to that day.

By this count, there are 13 YES, 30 NO and 4 FOREIGN entries of the names shown by CNN for the passengers.

Combined with the 25 “passengers” from Flight 11, we now have 38 people noted in the SSDI as having died on September 11, 2001.  I will ignore the number of foreigners and the crew members in this essay as the number 38 is arbitrary.

What we do not know is how many people were actually on United 175, although we do receive a hint of this number later.

Newspapers report approximately 200 passengers walking from the area where the flight landed toward the NASA building at Cleveland Hopkins Airport not long afterward.  But there is no source for this number.

Probably.  They had nowhere else to go.  The airport had already been evacuated.

Let’s assume there were.  That would mean the non-passengers outnumbered the passengers by about a four-to-one ratio.  Perhaps the plotters used four agents for every passenger to make sure the passengers went to the NASA building without tipping off their identities.

Source: Planes without Passenger: the Faked Hijackings of 9/11, 2nd edition unless otherwise noted