What grade of steel was used in the World Trade Center?

As you might imagine would be the case in a complex as large as the original World Trade Center, multiple different grades of steel were used in construction -- 12, in fact. These grades began at a very common type of steel known as A36, which has a yield strength of… Continue

Empires Then and Now by Paul Craig Roberts

Empires Then and Now

On the heels of the release on Youtube of the first 8 chapters of Ace Baker's Psy-Opera, http://www.youtube.com/playlist?list=PLEA05F393EC843D80&feature=plcp  Mike Philbin has had a subsequent realization of video fakery, as posted on this blog. Infowars has posted John Lear's Affidavit in the Reynolds trial: …

Is this the best (most convincing) 9/11 NO PLANES NUKED WTC documentary EVER??? by Mike Philbin

Is this the best (most convincing) 9/11 NO PLANES NUKED WTC documentary EVER???

9/11 Truth, Inner Consciousness and the "Public Mind" by James Tracy

Here are the comments on "The Road We've Travelled" not a negative comment among hundreds. DISGUSTING!

The Madness of Western Civilization by Saman Mohammadi

The Madness of Western Civilization

States of Madness: A good case can be made…
Continue

Video about the FEMA box cars equipped with shackles and guillotines . . .

Bruce Wick writes to me,

"Before detention camps were even on the public's radar screen, this video had been posted.

"It ADDS the significant details of box cars (presumably, for transporting prisoners); shackles (for the trip, and likely also for the camps, similar to the slave ships); and, bizarrely, guillotines (for summary…

New 9/11 Footage: There is No Plane (filmed from a helicopter)

ENRON and 9/11: Connecting the Dots 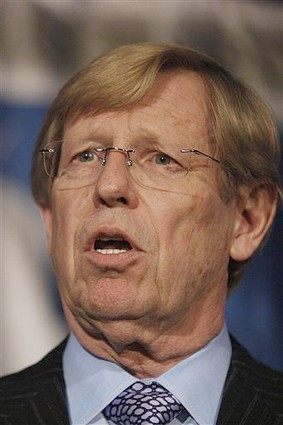 The Hacks of War, The Media and Iran by Dave Lidorff

The Hacks of War, The Media and Iran

The Sampson Option By Mothman777